← more from
Wichita Recordings
Get fresh music recommendations delivered to your inbox every Friday.
We've updated our Terms of Use. You can review the changes here.

by The Goon Sax 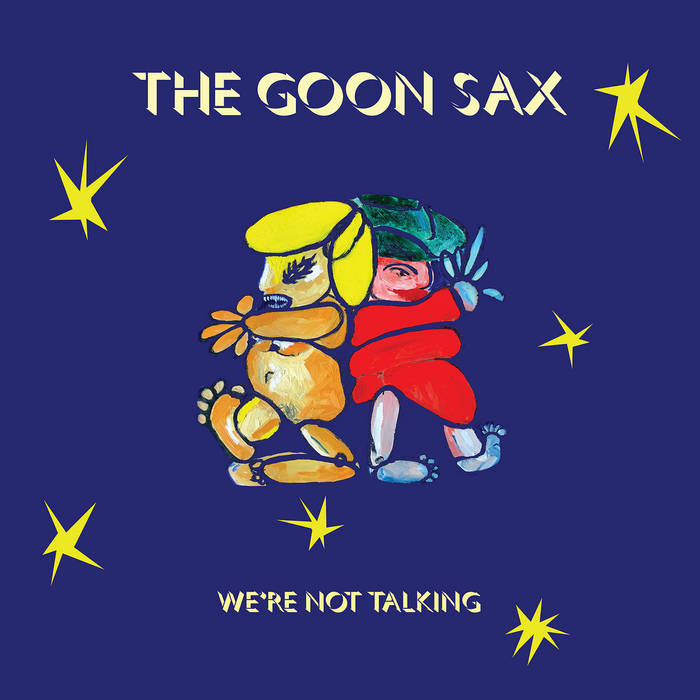 nur_ These songs are like anthems I want to shout while jumping and hugging my friends. Love the humanity I can see through them Favorite track: A Few Times Too Many.

***Customers in Australia and NZ - please purchase at thegoonsax.bandcamp.com/album/were-not-talking-aus-nz-customers-3 ***

The Goon Sax are James Harrison, Louis Forster and Riley Jones from Brisbane, Australia. Still in high school when they made their first album Up To Anything in 2016, their brand of awkwardly transcendent teenage guitar pop took them into end of year lists for BBC 6Music, Billboard and Rough Trade, and earned them raves from the Guardian, Pitchfork, Spin, Uncut, Rolling Stone and elsewhere. According to Metacritic, Up To Anything was the 8th best-reviewed debut album anywhere in the world in 2016.

The Goon Sax toured UK and Europe twice on that record, played shows with Whitney, US Girls, Twerps and Teenage Fanclub, graduated school, and then turned their focus to album number two. They flew to Melbourne to record with James Cecil and Cameron Bird, respectively former/current members of Architecture In Helsinki.

New album We're Not Talking shows how much can change between the ages of 17 and 19. It's a record that takes the enthusiasms of youth and twists them into darker, more sophisticated shapes. Relationships are now laced with hesitation, remorse, misunderstanding and ultimately compassion. Lines like, "When the bus went past your house and past your stop my eyes filled with tears" (from “We Can’t Win”) and "I’ve got a few things above my bed but it feels so empty, I’ve got spaces to fill and we're not talking" (from “A Few Times Too Many”), are quite simply heartbreaking.

Strings, horns, even castanets sneak their way onto the album, but We're Not Talking isn't glossy throwaway pop. Sounds stick out at surprising angles (on the frenetic “She Knows”), cowbells become lead instruments (in stunning album opener “Make Time For Love”), brief home-recorded fragments appear unexpectedly, and “Losing Myself” is like the Young Marble Giants go hip hop.

Drummer Riley Jones really comes to the fore here, joining Louis and James in singing lead and writing songs for the first time – with songs such as the devastatingly beautiful “Strange Light” – making the band the musical equivalent of an equilateral triangle (the strongest shape in physics). After the album was recorded, Louis spent some time in a freezing Berlin apartment, but they are now all back in Australia, and keeping busy playing shows with Angel Olsen, Perfume Genius and Protomartyr.

Delivering brilliantly human and brutally honest vignettes of adolescent angst, The Goon Sax brim with personality, charm and heart-wrenching honesty. We’re Not Talking is a record made by restless artists, defying expectations as if hardly noticing, and its complexity makes We're Not Talking even more of a marvel.

"We're Not Talking manages to further embellish the adolescent brilliance of their debut. They experiment with pop's history while still continuing to grow into a sound that's undeniably their own." 9/10 - Loud and Quiet

"This group of teenagers from Brisbane could be your favorite new band." - NPR Music

Bandcamp Daily  your guide to the world of Bandcamp

Sampa The Great joins the show to discuss her release, "As Above, So Below".